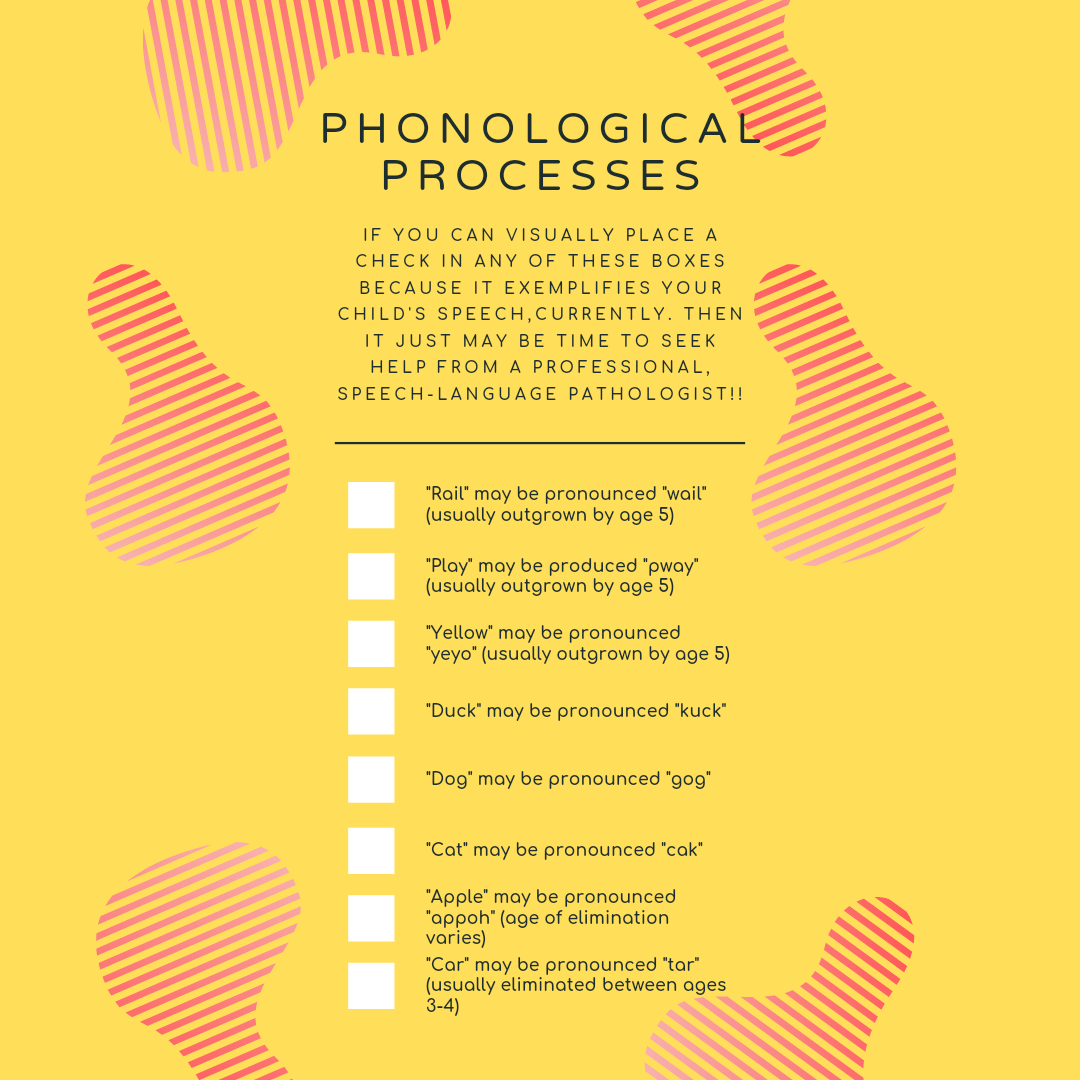 Believe it or not, phonological processes are patterns of sound errors that all children exhibit while their language skills (ability to communicate and express oneself, freely) are developing.

Typically, developing children are known to use them to simplify their speech as they are learning to talk.

Actually, according to research they are normal speech errors, however, some children do not outgrow these processes because they lack the ability to appropriately coordinate their lips, tongue, teeth, palate and jaw for clear speech.

By age 5, most children naturally outgrow these phonological error patterns.

Every parent wants to catch the first few words of their child. They are eagerly waiting for the time that their child can finally talk and express...

END_OF_DOCUMENT_TOKEN_TO_BE_REPLACED

Sometimes, the way your child pronounces words can be extremely cute. But, try not to reinforce incorrect articulation by laughing at or repeating...

END_OF_DOCUMENT_TOKEN_TO_BE_REPLACED

Related to Speech, Language and Communication Myth: Surely, my child will outgrow his or her language delay.Fact: In fact, some children require...

Jasmine Christion, M.S. CCC-SLP is a native of Birmingham, Alabama. She is a graduate of The University of South Alabama with a Bachelor's in Speech and Hearing Science and Alabama A&M University with a Master of Science in Communication Science and Disorders. Holding a certification with the American Speech-Language-Hearing Association, she has extensive work skills servicing preschoolers to adolescent students over the last three years in the school setting. She has experience working with children with a variety of speech and language disorders and has a special interest in working with children with hearing impairments. She thoroughly enjoys meeting and getting to know the kids through their unique personalities. She has collaborated with multidisciplinary teams to address the communication and educational needs of clients with a wide variety of disability classifications including, but not limited to, emotional disturbance, intellectual disability, specific learning disability, speech-language impairments, phonological errors, stuttering, social skills, and attention-deficit hyperactivity disorder. She is a huge advocate for helping individuals communicate effectively with peers and family. If she isn’t helping kids through therapy or creating activities, she is likely to enjoy time with her husband, Travis, family, and friends.